A lower upfront investment on tooling, ease of making changes, and fast turnaround—these are just some of the benefits of choosing cast urethane for production parts.

The urethane casting process has been used for rapid prototyping for many years to produce high quality parts cost-effectively. TTH often uses urethane casting to create prototypes of parts that will eventually be injection-molded. Many urethane casting customers do not realize that the process also offers a great way to make production parts. For example, one TTH customer, for whom we make a front housing for a robotic hospital cart, orders a small quantity of molded parts each month. 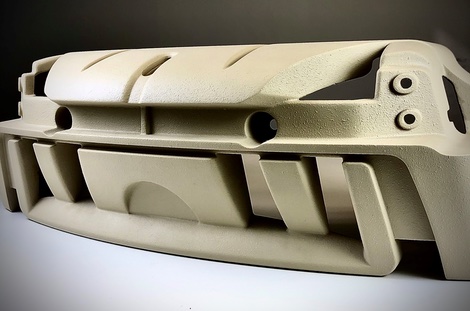 This customer has some good reasons for choosing cast urethane for these production parts:

Cast urethane parts cost more per piece than injection-molded parts, partly because urethane casting is a more labor-intensive process. Despite the higher piece price, this customer has saved money overall by avoiding the higher upfront tooling costs associated with injection molding. As a result, they have been able to put the capital they saved to better use elsewhere.

If you need production parts manufactured, consider the advantages cast urethanes offer. Call TTH to explore whether or not a cast urethane alternative makes sense for your project.